"Memories in the Making" Project Life by Stampin' Up!

I got to create some layouts for my personal albums using the "Memories in the Making" Project Life by Stampin' Up! Card Collection and I LOVED IT!  I highly recommend it to everyone who loves creating the cutest and easiest scrapbook ever!  The cards range from Valentine's cards to a Spring and Easter Collection to a Summer set.  It's fabulous.  Here are two layouts I came up with!!
Details below!  #PLxSU #ProjectLifeCT #ProjectLife 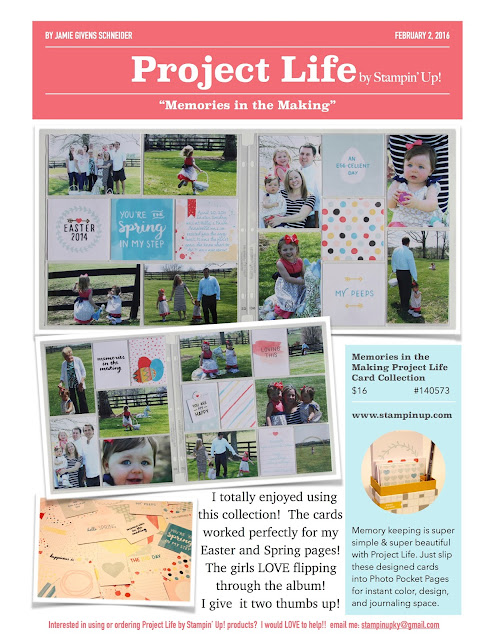 Interested in getting started using Project Life by Stampin' Up!? Email me: stampinupky@gmail.com

Posted by www.jamiegivens.org at 10:09 PM No comments: Links to this post

I am super duper excited about the news!  Becky Higgins sent us an email right around Thanksgiving, informing us we were picked for the team and I opened it on my birthday, making it the best birthday ever!!  They just made the announcement on December 30th!
Link: Meet the Team
Link to my bio: Jamie's Bio  (I still can't believe it!!!!)

I can't wait to get started!  I am mainly going to be working with "Project Life by Stampin' Up!" products, which is right up my alley (being a Stampin' Up! Demonstrator and all!)  I am a huge fan of Project Life!  It has made my memory keeping so beautiful and SIMPLE!   I love it!  You can too!  Let me know if you need any advice or have any questions!  Stampinupky@gmail.com

I am going to do the very best I can keeping up with everything!  January is already in full swing with school events and gymnastic practices and meets!  I am currently painting about 25 sets of shoes for the University of Kentucky Dance Team for their Hip-Hop Routine for Nationals!!!  I have less than a week to get that accomplished!!  I will unveil them and post photos when they wear them at Nationals in Orlando!!


We have scheduled the arrival/delivery of our third baby girl on the 16th of February.  Buddy, Annabelle, Evelyn and I are anxiously awaiting and preparing for her arrival.  I am trying to finish all my current Murals and Things By Jamie orders and Painted Wooden Monogram orders before February.

I have lots of projects I am trying to complete for our house before #3 arrives!  The girls are rotating bedrooms.  Annabelle has moved in to the guest room and we are currently transforming it into her Big, Big Girl Room!  She helped me paint it light pink.  We are making a big fabric covered headboard  going around two sides of her bed.  We also need to create a place to hang her gymnastic meet medals and trophies.  I am currently repainting a dresser and hutch that was mine, for her room…….

We still have to transfer the large monograms from room to room and finish painting the new one for #3.  But, we are getting there…..

Anyway…. an crazy exciting 2016 has started!  Stay tuned for more updates!
Posted by www.jamiegivens.org at 8:35 PM No comments: Links to this post

Don't get in the car with strangers..... 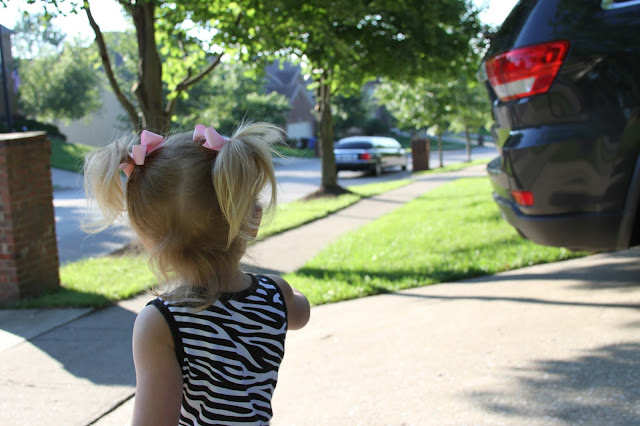 If you watch the news, you know it is a crazy world we live in today.
It is a mother's fear that something unexpected and awful could happen to her child/children at any given moment.  Over the past couple of months, I have been trying to teach my 3 year old daughter not to get in the car with strangers.  I have talked with many other Moms asking, "How do we teach them without scarring them?"  I don't want her to think the world is an awful place or to suspect every car that drives by her while walking or riding her bicycle is a potential threat..... or maybe I do.

Well, it seems like the talks we have had taught her something.  Today a limo came to the house to take my husband on a day trip and we thought it would be so cute and fun to have her sit in the limo and we could take her picture.  She thought the car was so cool as she approached it.  As the driver walked around and opened the door she stood and observed.  When he asked, "Would you like to get in the limo?" she yelled "NO!" and ran to me.  Lessons learned all around!  While I laughed at the situation, I was sad I didn't get the photo I imagined, but was extremely proud of her for listening.
Posted by www.jamiegivens.org at 10:53 AM 1 comment: Links to this post

I am featured on the Unique Baby Gear and Ideas Website!

For those of you that would like info on my monograms, visit www.jamiegivens.org or email jamiemgivens@gmail.com
Thanks Jan for sharing my creations with your fans!!  I can't tell you how touched I am!  Their website is full of great ideas for nurseries and baby showers.  You should check it out!  Here is a link directly to the spot on Murals & Things by Jamie "Large Wooden Letters for the Nursery Walls."

I am not sure where some of the photos came from and how she found the basketball from my 3rd mural ever, I have no idea!  I think it is buried deep in my website!  I painted that over 12 years ago in Landon's Baseball Room.  I think I have come a long, long way since then (I hope!!)

I have graduated from 2-D to 3-D and now exploring 4-D.  Hey, gotta keep up with the times!

Jan found a photo of Baby Brax Snyder's Georgia Football Themed Nursery from somewhere on my facebook page.  His Letters are actually painted black and not stained.  The font was sent to me by his Mom, Shannon.  She came up with everything in the room, and directed me on the letters and the artwork.  It was so much fun to do!!  Jan also found a photo of Aubrey's beautifully bright monogram! 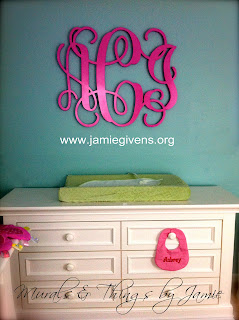 For more information on my murals and monograms visit www.jamiegivens.org
Click here for the Unique Baby Gear Ideas Website
To view the article from their site on my work monograms click here!
Thanks for stopping by!!
Jamiemgivens@gmail.com
Posted by www.jamiegivens.org at 10:39 PM 4 comments: Links to this post

Where the Wild Things shop for Halloween

How cute are these halloween costumes from Pottery Barn Kids!! 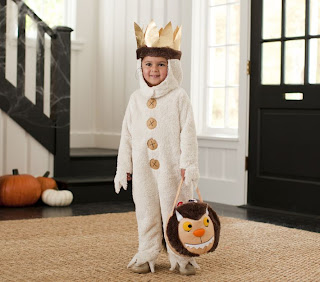 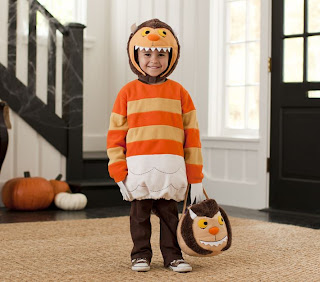 Posted by www.jamiegivens.org at 6:37 PM 2 comments: Links to this post

I will miss you Tamara!! 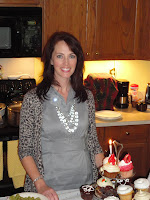 Tamara is leaving Murals & Things by Jamie after almost 7 months.  I am sad to see her go but thrilled she will be moving on to bigger and better (paying) things.  I will miss her so much!  She did a really great job, but I will mis her company most of all.  I have enjoyed every minute we have gotten to spend together and chat.  I will miss her homemade snacks too!  She would make sure that I eat well, and pack me great lunches when I had to work on location.

I will try not to make a mess of things in the office but I can't make any promises.  So hang in there for me friends, I am going to be working in the studio and on location.

The Tale of the Beaufort Bonnet 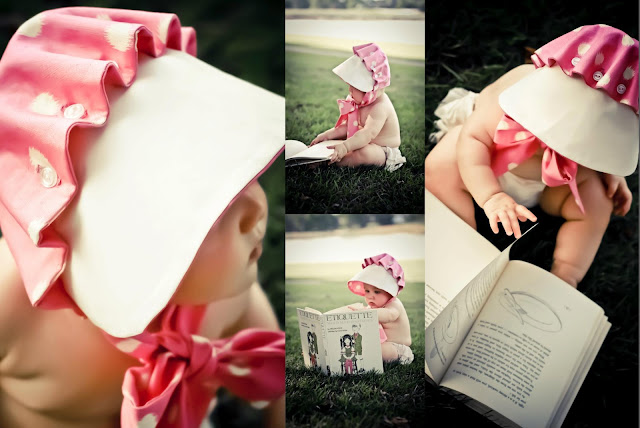 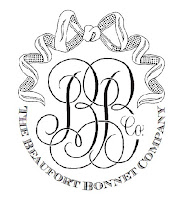 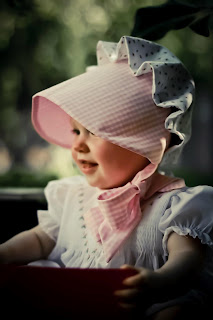 Once upon a time…
…Generations ago in the graceful South Carolina Lowcountry, a simple yet elegant baby bonnet pattern was cut carefully from plain brown paper.
In the little town of Beaufort, South Carolina, a young mother with her first baby was being showered; she received the most darling gift, wrapped with a big pink bow.  After you heard several women ‘awww’ in unison,   one southern lady exclaimed, ‘Goodness gracious, that’s the sweetest bonnet I ever did see!’ It is the kind of gift guaranteed to make a room full of grown women gasp and squeal.  This pink and white gingham goody was charmingly called a Sweet Pea Bonnet.  The generous friend also shared her heirloom bonnet pattern.  With the tattered pattern the new mother became a chief designer and co- founder of a little bonnet business called Susu & John.

Although we live in the 21st century, traditional baby items never go out of style.  Baby girls will always be synonymous with bows, bloomers, and bonnets.   Not only is The Beaufort Bonnet timeless and sweet in design, but it’s washable and practical.  It is unarguably the most stylish way to shade precious baby skin.  In short order, we realized we needed a counterpart hat for boys (and sporty girls too), and our version of the classic bucket hat was born.


Years later in Lexington, KY., a mother who had just been blessed with her second child, a baby girl named Betsey Keene, received a package in the mail from an old friend.   Inside was a nice note and a pink and white gingham baby bonnet from a boutique in Beaufort, SC.  It was love at first site. After several friends and countless passerby’s inquired about Betsey’s bonnet, the mother of two felt inspired.   She wanted in on this bonnet business; after all, she was already ‘selling’ them by telling everyone where to get one. 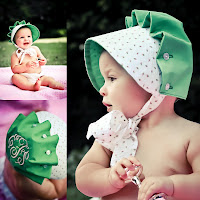 And so, a girl who grew up in a Beaufort home on Lexington soil began dealing bonnets.  You ask, ‘a Beaufort home on Lexington soil’?  Yes, in the mid 80’s her family took a road trip to South Carolina on a mission to find their dream home; not to purchase, but to replicate.  They fell in love with a two story home with double wrap around porches in Beaufort, S.C.  That Beaufort house was built to overlook a 19 acre lake on the Greenbrier Golf and Country Club golf course in Lexington.   Her tie to Beaufort is coincidence but perhaps Einstein was right, could coincidence be God's way of remaining anonymous?  She likes to think so.

Although other items have been added to the product line, to honor the adorable bonnet and its small southern town home, the business name has appropriately become The Beaufort Bonnet Company.
To be continued…


For any other information on Bonnets, Bucket Hats, Diaper Covers, and Pinafore/ Bloomer Sets contact Markey@TheBeaufortBonnetCompany.com  [ Markey is one of my best friends! ]
Several photos were taken by Ashby Green Photography http://www.alwaysashby.com 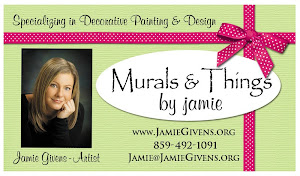